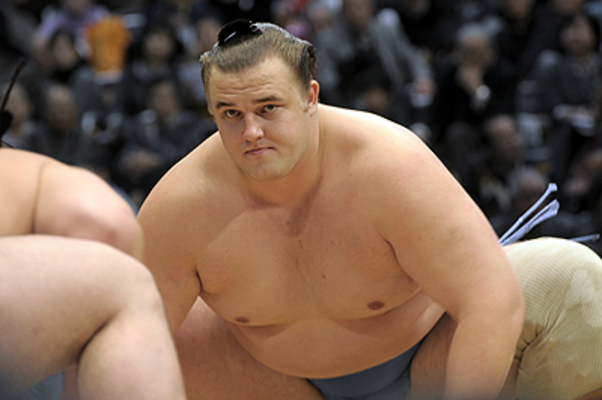 Baruto Kaito is ineligible for regional rankings due to inactivity.
Fighters must have at least one completed MMA bout in the past two years to be ranked.

Baruto (born Kaido Höövelson) is a former rikishi and has a Judo background. In Judo he won an Estonian national title as a teenager. In Sumo he holds a career record of 431-213-102 and achieved a peak rank of Ozeki. He retired from Sumo in 2013 due to lingering injuries (predominantly his knee).

Baruto had one of the fastest rises of all time through the Sumo ranks. It took only 8 tournaments for him to reach the jūryō division which tied for the 3rd fastest rise to sekitori status since 1958. He won the March 2006 jūryō division honbasho with a perfect 15-0 record, becoming only the 4th ever and the 1st to do so since 1963. Despite injuries delaying his rise he was still able to get to the makuuchi division within 2 years, the 2nd fastest ever.

Currently Baruto is training for his MMA debut with kickboxing legend Peter Aerts and Mr. PRIDE himself, Akira Shoji.