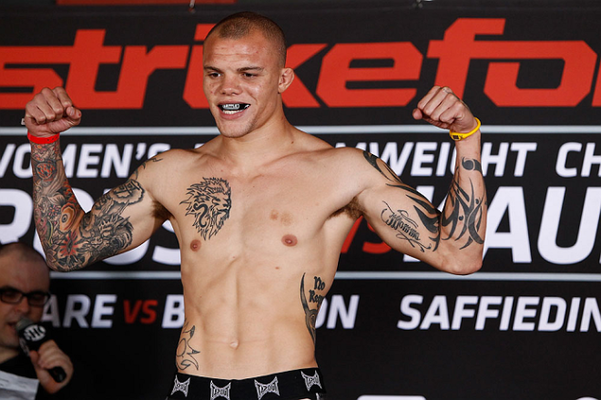 Fighting for a major organization has made Anthony Smith ineligible for regional rankings.

Anthony Smith is a Middleweight Mixed Martial Artist fighting out of Disorderly Conduct in Omaha, Nebraska. He fought the majority of his career on the Midwestern circuit where he compiled a record of 13-7 before being signed by his current promotion, Strikeforce. He has notable wins over Logan Clark, Jesse Forbes, Lumumba Sayers, Jake Hecht and Eric Shambari. In his twenty-five fights, he has never been to a decision and has only been to the third round of a fight once.

He debuted in Strikeforce in 2011 where he has a record of 2-2. He most recently fought Roger Gracie at Strikeforce's last event. Although he appeared to be winning the first round standing, an inadvertent eye poke in the second round changed the fight. He was eventually taken down and submitted to an arm triangle choke.