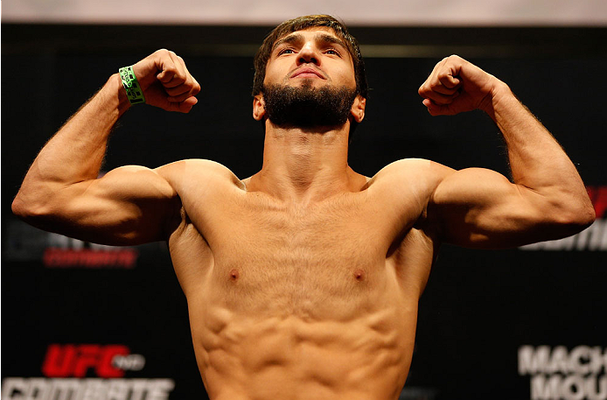 Fighting for a major organization has made Zubaira Tukhugov ineligible for regional rankings.

Zubair Tuhugov is a Russian featherweight fighter currently signed to the UFC. He is a Master of Sport in Hand to Hand Combat as well as in Combat Sambo and trains out of Grozny, Chechen Republic, Russia. Of his fifteen professional wins, six have been finishes with five coming by T/KO.

Tuhugov made his professional debut in 2010 by winning an eight man, one night tournament. After his first nine months of competition, he had achieved a 7-2 record. After a fourteen month layoff, he would bounce back with two straight decision wins before being finished by TKO at the hands of Akhmet Aliev. After another decision victory, he would be signed by the Russian promotion, Fight Nights, where he would go 3-0 with two of the wins coming by first round T/KOs.

In late 2013, Zubair would be signed by the UFC. He made his promotional debut against undefeated fellow debutant, Douglas Andrade, at UFC Fight Night 36 in his opponents home country of Brazil. He was able to dominate much of the fight on the way to a unanimous decision victory.