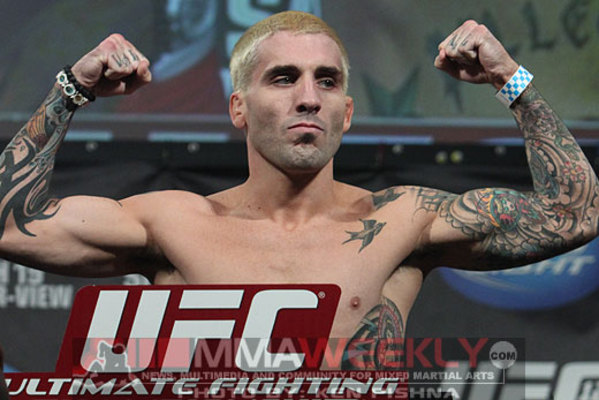 Kurt Pellegrino is ineligible for regional rankings due to inactivity.
Fighters must have at least one completed MMA bout in the past two years to be ranked.

After defeating respected veteran Mac Danzig in his first professional fight in 2002, fans from the New Jersey area knew big things were in store for “Batman.” Though Pellegrino went on to lose his debut fight in the UFC in 2006, he has recently put together a streak of wins over some of the best lightweights in the world, including Thiago Tavares and Josh Neer, establishing himself as one of the top fighters in the UFC lightweight division. The newfound acclaim also forced a step up in competition to the division's elite levels, and Pellegrino dropped back-to-back contests at UFCs 116 and 128 to George Sotiropoulos and Gleison Tibau, respectively.

In addition to an improved striking game, Pellegrino is one of the most accomplished and aggressive wrestlers in the division, often wearing his opponents down en route to a submission finish or a Unanimous Decision victory. He has a high work rate, a good ability to grind late in fights, and always looks like there is nowhere he would rather be than in the cage.