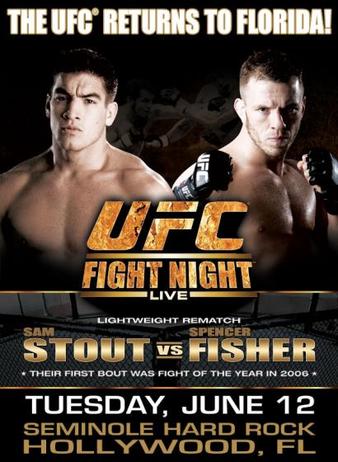 After Canadian striker Sam Stout defeated American Spencer Fisher by Split Decision in one of the most entertaining bouts of 2006, the organization put together a rematch to headline the tenth entry in the Ultimate Fight Night series on Spike TV. Many fans and pundits felt that Fisher had not fought up to his potential in the first match, as he had taken the fight on short notice and was forced to lose a significant amount of weight prior to the fight. Fisher proved the fans right in the rematch, dominating most of the exchanges en route to a Unanimous Decision verdict.