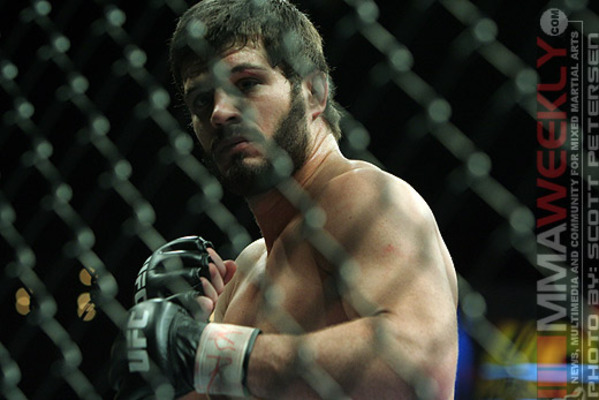 Fighting for a major organization has made Matt Wiman ineligible for regional rankings.

Matt Wiman began his professional career in 2004, winning five straight contests before losing a close decision (one that he contested) against Roger Huerta in 2005. Included in those 5 straight wins was 3 wins in a single night for the Extreme Fight Night tournament in which he won the middleweight champion. In 2006, Wiman was invited to join the UFC lightweight division. He was famously knocked out in the second round of his fight with Spencer Fisher when Fisher took advantage of Wiman's lowered guard to hit him with a flying knee. Following the loss to Fisher, Wiman competed in the lightweight tournament of The Ultimate Fighter 5, and despite not winning the tournament, he went on to win four straight UFC bouts, including one over Thiago Tavares, before dropping back-to-back decisions to Jim Miller and Sam Stout. His bout with Mac Danzig was immediately rescheduled for a rematch after ending due to a blown referee's call.

A competent striker with improving takedown defense and submissions, Wiman is not a fighter to overlook in the UFC’s stacked 155 lb. division. After dropping a decision to Dennis Siver he would bounce back with a Fight of the Night decision victory over Mac Danzig. He would follow that fight up with a Submission of the Night victory over Paul Sass. He was able to avoid the "Sassangle" to slap a submission of his own on him with the armbar victory. Wiman would next face TJ Grant. Wiman would lose the fight via TKO in the first round.

Episode 7 Wiman def. Marlon Sims by Rear Naked Choke at 0:52 of Round 1