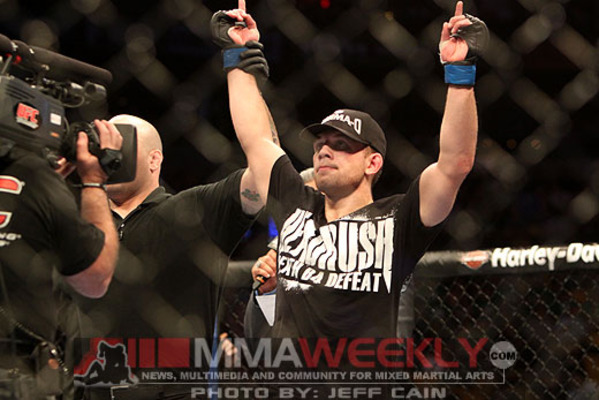 Fighting for a major organization has made Nik Lentz ineligible for regional rankings.

Training out of the famed Minnesota Martial Arts Academy alongside former UFC champions Brock Lesnar and Sean Sherk, Nik Lentz has slowly established himself as a tough outing for anyone in the UFC's talent-rich lightweight division. Before his last fight, against Eiji Mitsouka, he dropped to featherweight. He also moved the majority of his training camp to American Top Team in Florida although he still lives and trains in Minnesota.

Lentz made his promotional debut in 2009 and quietly reeled off five Octagon wins (and one draw) against notables such as Rob Emerson, Andre Winner, and Tyson Griffin before going 0-2 (1) in his next three fights. He has since found success in his new featherweight home.

A grinder through and through, Lentz is not a crowd-pleasing fighter; however, he is an effective one, and he staunchly refuses to apologize for his performances as long as he keeps winning. He has started to incorporate more Jiu Jitsu into his fights, utilizing his BJJ purple belt.