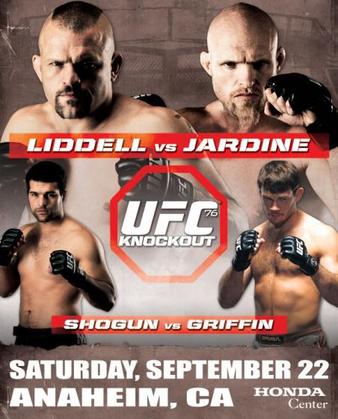 Although it featured exciting fights, UFC 76 was a disappointment for the promotion from a business perspective, in that its two biggest stars suffered setbacks. Chuck Liddell and “Shogun” Rua, who made his promotional debut on the card, each lost disappointing bouts, to Keith Jardine and Forrest Griffin, respectively, temporarily damaging their appeal for the promotion.

The main event, which was billed as Chuck Liddell’s comeback fight after losing his title, was a disappointment for Liddell, as he barely managed to mount any offense under the constant assault of leg and body kicks by Jardine. UFC 76 did not feature a single bout that ended by knockout or TKO.