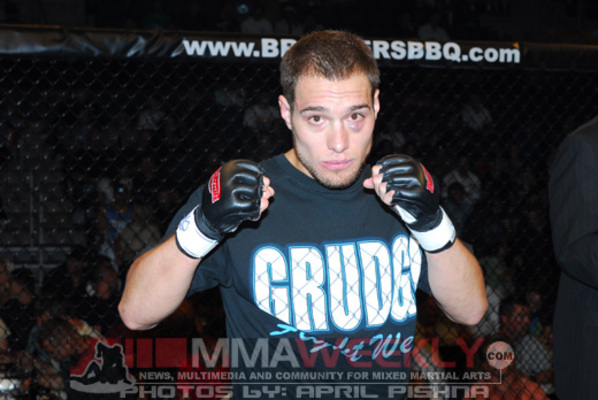 Justin Salas is ineligible for regional rankings due to inactivity.
Fighters must have at least one completed MMA bout in the past two years to be ranked.

Salas grew up in Green River, Wyoming. During high school he had a very successful wrestling career. . Salas was a two-time State Champion in high school, as well as a two-time high school All-American, in addition to winning the Dave Schultz High School Hall of Fame Award. Salas then went on to wrestle for the University of Wyoming's NCAA Division I program from 2000 to 2003, but dropped out of college to pursue a career in MMA.

Salas faced Tim Means on June 8, 2012 at UFC on FX 3. Means defeated Salas via first round TKO at 1:06. Salas was expected to face Edson Barboza on January 19, 2013 at UFC on FX 7. However, Salas was forced out of the bout with an injury and replaced by promotional newcomer Lucas Martins.