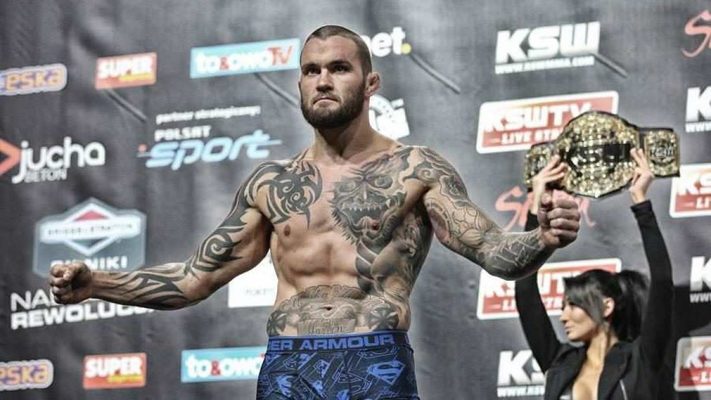 A Polish fighter from Szczecin, Michał Materla is the current KSW Middleweight Champion, having won the vacant title by defeating Jay Silva at KSW 19 on May 12, 2012. Materla later defended the belt by knocking out Rodney Wallace in only 21 seconds on December 01, 2012 at KSW 21. Materla next defended his title against Kendall Grove at KSW 23, a fight which saw an extension round, where Materla won via unanimous decision. His next, non-title fight against Silva at KSW 24 would end with him getting KO'd in the 2nd round, thus setting up the third fight between the pair (and Silva's title shot) for KSW 26.