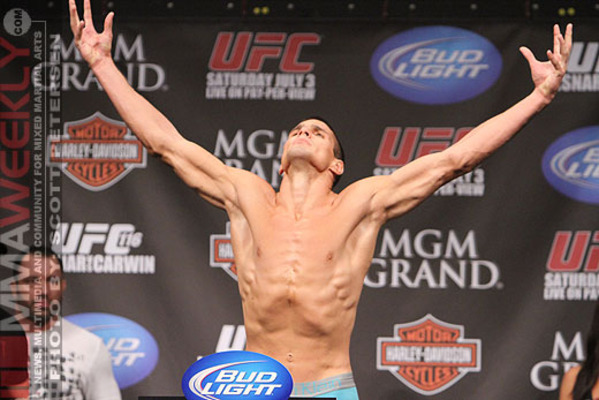 Goran Reljic first burst onto the European MMA scene in 2004, winning his first seven fights before being invited to the UFC in 2008. Although he was a solid underdog in his debut fight with Brazilian veteran Wilson Gouveia, Reljic finished his opponent in the second round, winning Fight of the Night honors in the process.

Unfortunately, Reljic then suffered a severe back injury in training and was sidelined for almost a year as a result. Resuming his UFC career where it left off has proven difficult; Reljic has lost back-to-back fights for the world's top promotion in 2010.

In 2009, while recovering from back surgery, Reljic made headlines in his native country when he got out of bed and saved a man in his town from drowning in the rough waters off of the coast. This was the second time Reljic had saved another person from drowning.