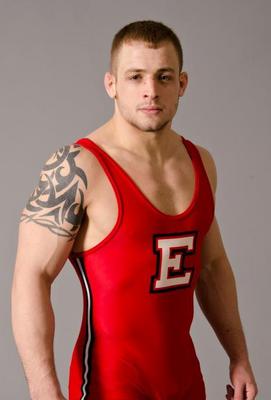 Fighting for a major organization has made Chris Honeycutt ineligible for regional rankings.

Born in Brook Park, Ohio, Honeycutt began wrestling at the age of four. Honeycutt attended North Andover High School in Massachusetts for two years before moving and transferring schools to St. Edward High School in Ohio. At North Andover, Honeycutt finished second in the state tournament and finished the season with a record of 32-1 with the loss coming in the state final.
As a sophomore, Honeycutt won the Massachusetts state championship. At St. Edward's, Honeycutt placed third in the state tournament and then went undefeated and won the state championship again for his senior season. Honeycutt finished with an overall high school record of 154-10 and was also a member of the 2006 Junior National team. Honeycutt continued his wrestling career at Edinboro University where he was a two-time NCAA Division I All-American. A fan of mixed martial arts, Honeycutt soon began his career after college. Honeycutt also had brief training in boxing as well as Tae Kwon Do before embarking on a career in MMA.