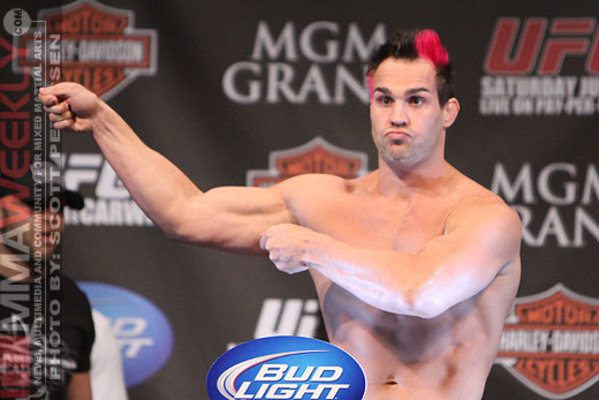 Seth Petruzelli is ineligible for regional rankings due to inactivity.
Fighters must have at least one completed MMA bout in the past two years to be ranked.

The definition of a journeyman fighter, Seth Petruzelli turned professional in 2000 and has since put together a solid if unspectacular record, defeating former UFC Champion Dan Severn in 2004, and recently defeating Ricco Rodriguez in Bellator.

The Florida native became a professional mixed martial artist in 2000, right after graduating high school. Seth was a three sport athlete in high school and had scholarship offers for football and wrestling, but turned the offers down to become a pro fighter. Petruzelli was first exposed to MMA fans on the second season of 'The Ultimate Fighter,' where he ended up dropping a decision in the semifinal to Brad Imes. Petruzelli would lose a decision to Matt Hamill, then lost in his second UFC bout two fights later when he lost by submission to Wilson Gouveia. However, Petruzelli would become most notorious for a fight taking place at Elite XC: Heat (this also was the final event the promotion held). Petruzelli would step in just hours before to fill in for an injured Ken Shamrock, and agreed to fight Kimbo Slice in the main event. Rumors circulated that promoter Jared Shaw urged Petruzelli to not grapple with Slice, to make for a more entertaining fight, but these rumors were never determined to be true. Regardless, Petruzelli shocked the fans in attendance and millions watching the event on CBS by stopping the internet sensation with punches only 14 seconds into the bout. This ended up being the final Elite XC event, and in his UFC return at UFC 116, Petruzelli was even introduced by Joe Rogan at the weigh in as 'the man who single handedly killed Elite XC.'

Despite the big victory, Petruzelli had a tough stroke of luck in the UFC. He would fight twice more for the UFC, losing by submission to Ricardo Romero, and then losing by ground and pound TKO to Czech wrestler Karlos Vemola. Petruzelli would then pick up two wins outside of the UFC, one of which was a knockout victory over Ricco Rodriguez in Bellator. However, Petruzelli would not be able to replicate his success in Bellator after defeating Rodriguez. He pulled out of a fight with Carmelo Marrero just hours before due to an illness, and would then lose two more fights after at 205 to Jacob Noe and 'King Mo' Lawal. After losing to 'King Mo,' Seth decided to retire from MMA to focus on his fighters and his gym.

Petruzelli has also competed as a professional kickboxer, and has his own MMA gym, The Jungle, located in Orlando, Florida. He holds a black belt ranking in Brazilian Jiu Jitsu, and is a third degree black belt in Shito-ryu karate.