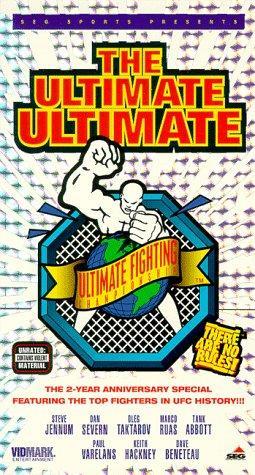 After abandoning the Superfight Championship format of its previous three events, the Ultimate Fighting Championship ended 1995 with a bang, going back to their tournament-only roots with Ultimate Ultimate 1995, an eight-man tournament featuring some of the biggest names of previous UFC tournaments, including Dan Severn, Oleg Taktarov, Steve Jennum, amd Marco Ruas.  Pat Smith was supposed to be in the tournament but was replaced by Paul Varelans.

After fighting their way to the Finals, Severn and Taktarov fought for the newly-instituted 30-minute time limit; unlike prior events, however, the addition of judges made it possible for the fight to be scored for a winner instead of resulting in a draw, and Severn was awarded the Unanimous Decision victory for the first Ultimate Ultimate crown.