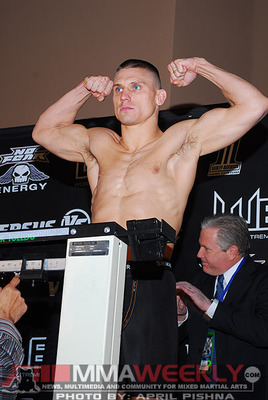 Prater made his professional debut in November 2002. Over the next year, he amassed an undefeated record of 10-0. He experienced his first professional loss to Drew Fickett in April 2004. During his early career, Prater collected a notable win when he submitted future WEC and UFC welterweight champion Carlos Condit by triangle choke. In early 2008, Prater again faced Carlos Condit at WEC 32, when Condit was the WEC welterweight champion. In the rematch, Condit won via submission in the first round. Prater then faced fellow former title challenger Brock Larson at WEC 35 and lost via TKO in the first round. After this loss, he was subsequently released from the promotion. Prater made his debut for the Ultimate Fighting Championship at UFC 142. He stepped in as a replacement for Siyar Bahadurzada against Erick Silva. Prater looked to have originally lost the bout via TKO due to punches at 0:29 seconds in first round. However, Silva was disqualified for landing illegal punches to the back of Prater's head. Prater faced TJ Grant on May 15, 2012 at UFC on Fuel TV: Korean Zombie vs. Poirier.Grant defeated Prater via unanimous decision.