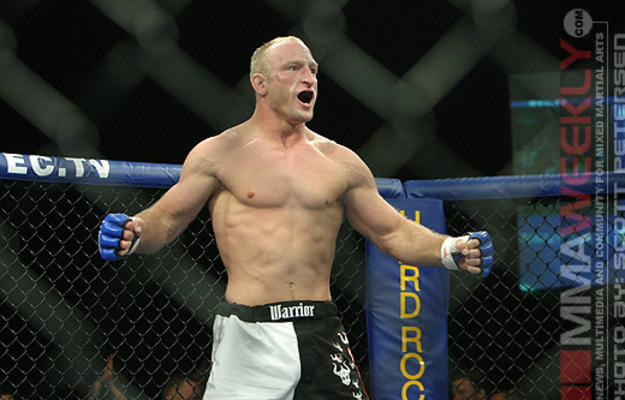 Brock Larson is ineligible for regional rankings due to inactivity.
Fighters must have at least one completed MMA bout in the past two years to be ranked.

After beginning his career in 2002 with 12 straight victories, with all of them coming by way of submission or knockout, Brock Larson had established himself as a force to be reckoned with at 170 lbs. The first loss of his professional career came in a UFC fight with future top contender Jon Fitch. Following the loss to Fitch, Larson fought his way into the WEC, where he eventually challenged Carlos Condit for the welterweight title, but was unsuccessful. Combining a solid amateur wrestling background with unbridled aggression and self-confidence, Larson remains one of the most difficult fighters to stop in the welterweight division. Although he has yet to win a major world title, Larson holds notable career victories over Mike Pyle, John Alessio, and Carlo Prater.