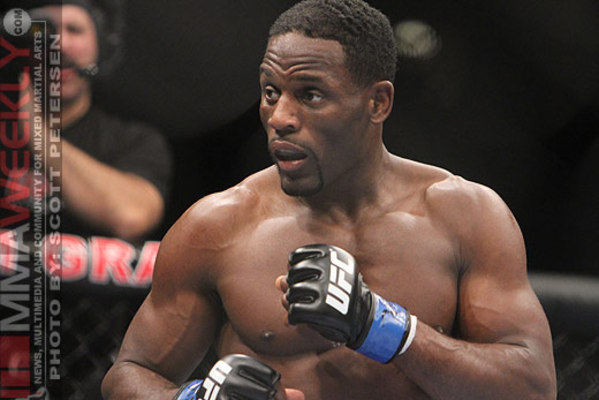 Fighting for a major organization has made Antonio McKee ineligible for regional rankings.

Antonio McKee is a lightweight fighter who, in his 13+ year career, has fought in promotions such as KOTC, IFL, MFC and UFC. He has a background in wrestling as well as a brown belt in Judo. Although he is often criticized due to the large amount of decision wins on his record, twenty in his twenty-eight wins, he has stated that he is always looking to finish. The gym that he helped to found, BodyShop Fitness, has trained the likes of Rampage Jackson.

With notable wins over Edwin Dewees, Toby Imada, Marcus Aurelio, Carlo Prater and Brian Cobb, his career has taken him many places. He made a name for himself fighting for the IFL before that promotion went under as well as a number of fights for the MFC.

His first big break came in 2011 when he was given a fight in the UFC against Jacob Volkmann. In what came as a surprise to no one, the two wrestlers rolled to a decision. McKee would wind up on the losing end of that decision, ending an eight year, fifteen fight undefeated streak. He was cut from the promotion after the fight. He would bounce back with three wins in the next fifteen months in regional shows. He then faced grappling wizard Shinya Aoki at DREAM 18. Aoki would control the clinch and grappling throughout the first round. Quickly into the second round McKee was punched around the eye and tapped at 24 seconds into the round.

Watch this interview with Antonio "Mandingo" McKee from Fight! Magazine.