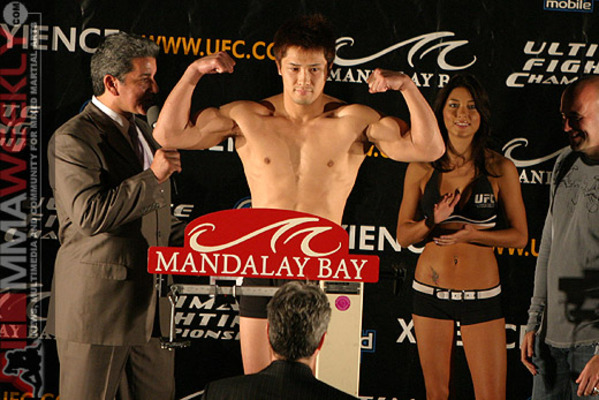 Kuniyoshi Hironaka is ineligible for regional rankings due to inactivity.
Fighters must have at least one completed MMA bout in the past two years to be ranked.

Hironaka is the current Shooto World Welterweight (154 lbs.) Champion, having defeated Kotetsu Boku for the title. He later defended the belt against Giovani Diniz at Shooto - 5th Round on May 18, 2012, KO'ing his opponent with ground-and-pound. Hironaka is also the former Cage Force Lightweight Champion, having defetaed Yoshihiro Koyama for the title after it was vacated by Mizuto Hirota.