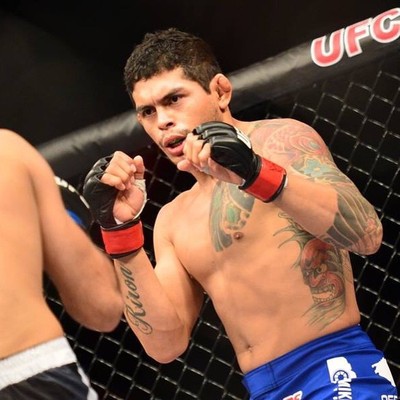 Fighting for a major organization has made Diego Ferreira ineligible for regional rankings.

Carlos Diego Ferreira started training when he was 10 years old and instantly fell in love with it.  He is currently a 3rd degree black belt in Brazilian Jiu Jitsu. He began his MMA career in 2011 and hasn't lost since. He won two titles for South Texas Fighting Championships and Legacy Fighting Championship. He had notable wins over Carlo Prater and Jorge Patino before signing with the UFC.

He would make an impressive debut over Ultimate Fighter winner Colton Smith finishing him by submission in the first round and earning a performance of the night bonus. He would follow that up with another bonus in the form of the Fight of the Night for his second round finish of Ramsey Nijem.

In his next UFC appearance Ferreira took on Beneil Dariush and lost a Unanimous decision to the underdog Dariush this would be Ferreira's first loss in MMA competition.