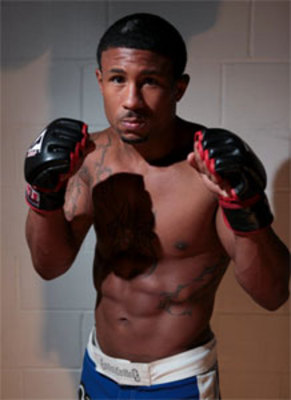 Marcus LeVesseur is ineligible for regional rankings due to inactivity.
Fighters must have at least one completed MMA bout in the past two years to be ranked.

As a college wrestler, LeVesseur was undefeated and untied, with a record of 155–0. He won four NCAA Division III individual national titles, and was a member of two teams that won national championships. Since his last loss in high school competition LeVesseur compiled an amateur wrestling record of 296–0 through his senior year at Augsburg. He is only the second college wrestler ever to finish his career unbeaten and untied, with a 155–0 career record.

In April 2012 it was reported that LeVesseur had signed a four fight deal with the UFC. He made his debut as a replacement for Aaron Riley against Cody McKenzie on May 15, 2012 at UFC on Fuel TV 3. He lost the fight via submission in the first round. LeVesseur then defeated Carlo Prater on October 5, 2012 at UFC on FX 5 via split decision. After the Prater victory, LeVesseur was expected to face Michael Chiesa on December 8, 2012 at UFC on Fox 5, replacing an injured Rafaello Oliveira. However, the week of the event, Chiesa was forced out of the bout with LeVesseur with an undisclosed illness and the bout was scrapped. However, on the day of the weigh ins, Tim Means was forced from his bout with Abel Trujillo after sustaining a head injury, and LeVesseur served as Means' replacement. He lost the fight by TKO (knees to the body) in the second round. LeVesseur would be cut from the promotion following the loss.