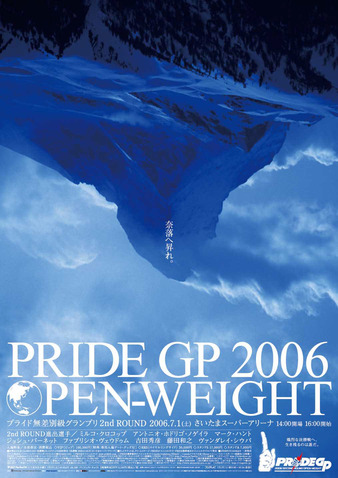 After an exciting Opening Round, the 2006 Pride Openweight Grand Prix continued in July with the Quarterfinals of the tournament. Antonio Rodrigo Nogueira, Wanderlei Silva, Josh Barnett, and Mirko Filipovic earned spots in the Semifinals with their performances.

Silva was a replacement for Heavyweight Champion Fedor Emelianenko, who was forced out of the competition due to a hand injury suffered in training. The significantly bulked-up Silva put on a vintage performance against Kazuyuki “Ironhead” Fujita, stopping the typically unstoppable Fujita with a swarming barrage of punches, knees, soccer kicks and foot stomps.