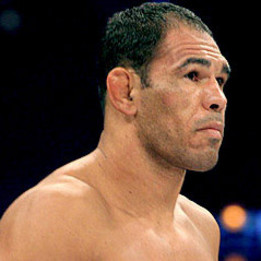 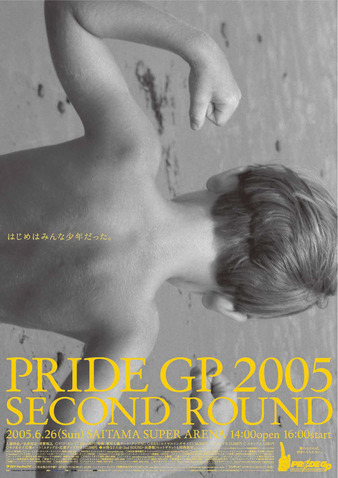 Following his first-round destruction of Quinton “Rampage” Jackson at Pride Total Elimination 2005, Mauricio “Shogun” Rua had emerged as a dark horse to take the middleweight (205 lbs.) tournament. When he met up with Antonio Rogerio Nogueira in the tournament quarterfinals, Shogun put on another clinic, outlasting “Little Nog” in a competitive decision to advance to the semifinals.

“Not only a battle between undefeated fighters in Pride FC,” Mauro Ranallo said in the pre-fight, “but a battle between two of the hottest fighters in this tournament.” “Both fighters are very evenly matched up, but Rogerio might be better on the ground,” Bas Rutten said during Shogun’s walk-in. In fact, the ground turned out to be where Shogun did his best work during the fight, and earned him the razor-thin decision. The first round was a close round to score, with Nogueira getting a big knockdown from the best punch of the round, but with Shogun taking the fight to the ground at will. Rutten: “Rogerio connected and dropped Mauricio. It shows that Shogun really has to watch out here.” In the second, Shogun was willing to stand and trade more with Rogerio, and the exchanges were closer than in the first. Shogun also continued to drag Nogueira to the mat at will, where he mounted some modest offense. Ranallo: “Again he twists him to the canvas, where Shogun really has not been able to do much.” The third round belonged to Shogun, as he dropped Nogueira with a left cross and continued to do damage from top position throughout the round. The two battled relentlessly to the final bell, when both men were literally hammerfisting each other’s faces to gain any edge with the judges. When the decisions were announced, Shogun got the nod.

Since their battle in the 2005 Pride Middleweight Grand Prix, Shogun and Rogerio Nogueira have remained two of the most respected and dangerous finishers in the 205 lb. division. After defeating Nogueira in the quarterfinals, Shogun went on to win the middleweight tournament, and was generally considered the best 205er in the world for several years.