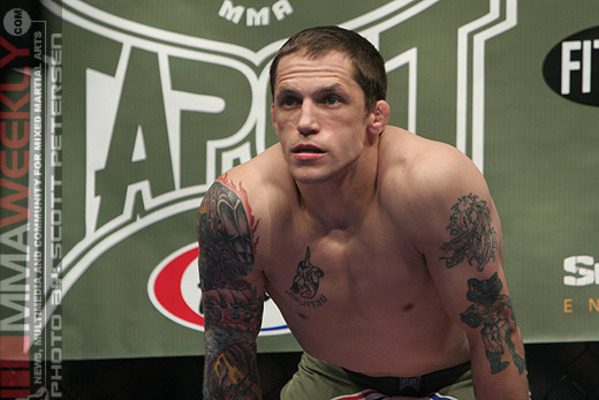 Jeff Curran is ineligible for regional rankings due to inactivity.
Fighters must have at least one completed MMA bout in the past two years to be ranked.

Since turning professional in 1998, Jeff Curran has fought most of the top featherweight fighters in the world, including Urijah Faber, Ivan Menjivar, Bao Quach, Norifumi "Kid" Yamamoto, Mike Brown, and many more, but he has never won a major world championship. Although he has dominated the Chicago area circuit for over a decade, Curran was largely unsuccessful in his five-fight WEC stint from 2007-2009, losing four out of five fights en route to being cut from the promotion.

Known for his savvy submission ability, Curran has some of the most aggressive and difficult guard work in the division, and he has often complained that MMA judges do not give enough credit to the fighter working from the bottom, as he lost the majority of his highest-profile fights by being taken down and controlled by better wrestlers.