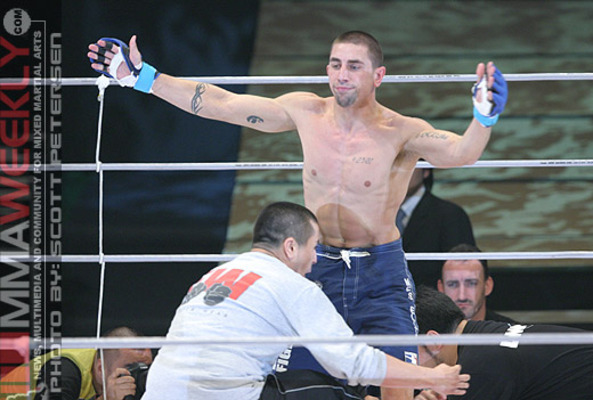 Joe Pearson is ineligible for regional rankings due to inactivity.
Fighters must have at least one completed MMA bout in the past two years to be ranked.

Joe Pearson has fought a long career of over 70 fights. He holds multiple belts in numerous organizations including Total Fight Championship and Extreme Challange. Pearson has fought some of the biggest names in the lighter weight classes including Urijah Faber, Miguel Torres, Yoshiro Maeda and Erik Koch. Pearson has also fought on the biggest MMA platforms including, Pride Fighting Championships, WEC, Shooto, King of The Cage, Pancrase and Caged Agression. Pearson is most known for holding the world record of Triangle Chokes in mma history with 24 (18 in the first round).