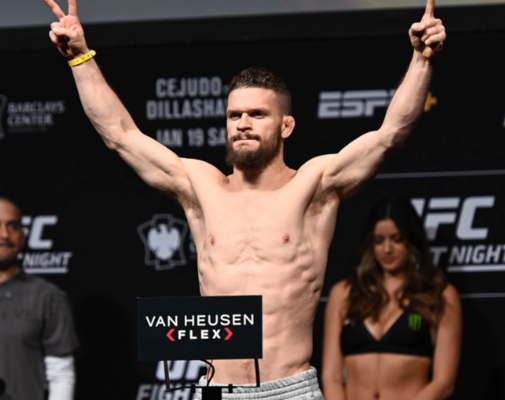 Fighting for a major organization has made Dustin Ortiz ineligible for regional rankings.

Dustin Ortiz was born on Christmas Day in 1988, in Franklin, Tennessee, United States. Ortiz started competing in wrestling at Franklin High School where he was very successful.

After graduating High School, Ortiz worked at a construction company before beginning his MMA career.

Ortiz made his professional MMA debut in February 2010, he fought Lucas Thomas at GFC 6, Ortiz won via submission in Round 1. In between this time was getting signed to the UFC Ortiz fought in Strikeforce, King of the Cage, and other regional promotions. He went 11-2 before being signed to the UFC in late 2013.

Ortiz then faced Ray Borg on 19 April, 2014 at UFC on Fox 11, Ortiz was able to edged out Borg for a split decision victory, bringing his UFC record to 2-1.

Ortiz faced Justin Scoggins on the 6 July, 2014 at TUF 19 Finale. He won the fight via split decision.

Ortiz is scheduled to face Joseph Benavidez on 22 November, 2014 at UFC Fight Night 57.