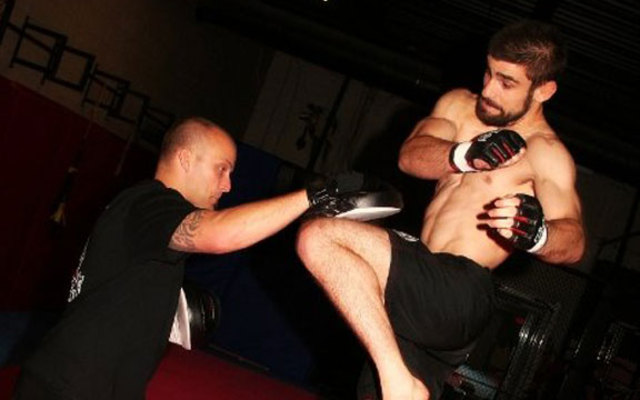 Antonio Carvalho is ineligible for regional rankings due to inactivity.
Fighters must have at least one completed MMA bout in the past two years to be ranked.

Antonio Carvalho is a Canadian fighter who began his MMA training in 1999. He almost became a professional soccer player and was called up to play for one of the top teams in Portugal, however he decided to stick with MMA instead. He teaches at Bruckman Martial arts and holds a black belt in Brazilian Jiu Jitsu. His most notable wins came over Hatsu Hioki and Rumina Sato in the Shooto organization. Carvalho amassed a 13-4 record before being signed to the UFC. He would lose in his octagon debut to Felipe Arantes but would win his next two fights over Daniel Pineda and Rodrigo Damm. In his most recent fight, Carvalho lost via TKO to rising contender Darren Elkins at UFC 158.