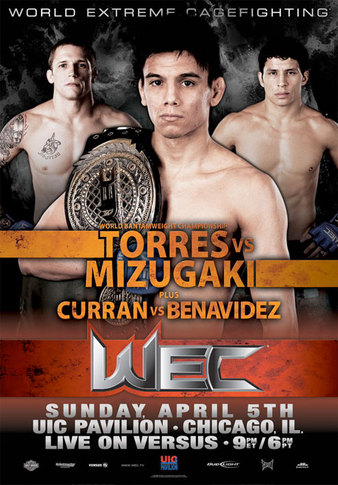 With Urijah Faber now without a title, Bantamweight Champion Miguel Torres had become the go-to WEC fighter to be included in most pound-for-pound debates. In the main event of WEC 40, he defended his title once again against tough Japanese contender Takeya Mizugaki. Torres’s sterling reputation took a slight hit with the victory, however, as Mizugaki kept the five-round fight very close, with some even feeling he had done enough to earn the decision.