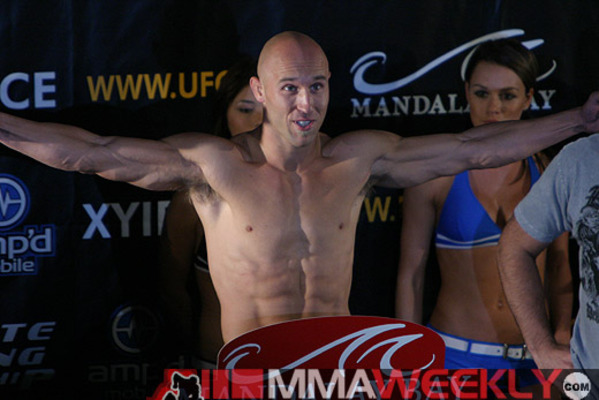 Josh Burkman is ineligible for regional rankings due to inactivity.
Fighters must have at least one completed MMA bout in the past two years to be ranked.

The definition of a journeyman fighter, Josh Burkman fought for a variety of local promotions in the Utah area before being invited to join the UFC in 2005. During his time with the world's premiere fight organization, Burkman earned wins over Drew Fickett, Josh Neer, and Forrest Petz, but was largely unsuccessful against the bigger names in the division. After three back-to-back losses in 2008, Burkman was cut from the promotion and has returned to dominating the Utah circuit.

Known for his takedowns, well rounded skill set, and conditioning, Burkman has a susceptibility to submission specialists, having lost the majority of his fights by way of submission.

*Removed from show after breaking his arm in his fight with Guillard.