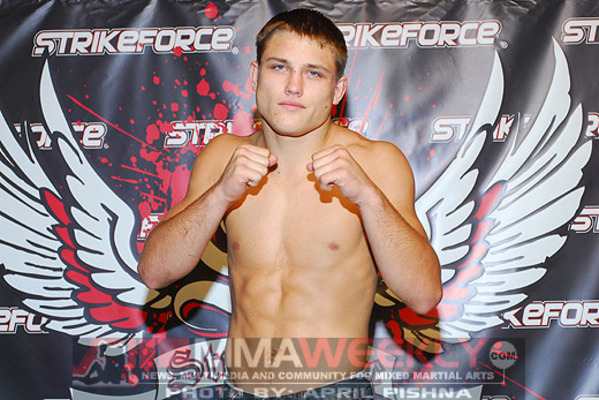 Fighting for a major organization has made Drew Dober ineligible for regional rankings.

Drew Dober beagn training mma at the age of 14 after watching his first UFC fight. He is a Two-time Amateur Muay Thai world national champion, Fight2Win Amateur Featherweight Champion, Professional PFC Lightweight Champion. He tried out for The Ultimate Fighter 15 but would lose to Daron Cruickshank in the entry round.

Dober has fought for Bellator, Strikeforce and now the UFC. He would lose his first two fights for the UFC to Sean Spencer and Nick Hein but he would bounce back  and pick up his first win for the promotion when he submitted Jamie Varner in the very first round.

Dober met Leandro Silva  at UFC Fight Night 62: Maia vs. LaFlare. In Round 1, Dober was controlling the fight and was more active. The most memorable moment of the fight was when Silva had Dober in a guillotine choke. After Silva was struggling to hold the submission, Dober was able to pull half-guard making the finish even harder for Silva to achieve. As Dober was pulling his head out of he choke referee Eduardo Herdy (who reportedly has a black belt in BJJ) stopped the fight - to the shock of both fighters and everyone watching.

After the fight Dana had strong words to say about Eduardo Herdy and encouraged Dober to file for a No-Contest ruling on the fight, something that may happen in the week to come. Dana put his money where his mouth is and gave Dober his win bonus, as a show of respect.
On March 25, 4 days after the fight took place and with increasing pressure from fans, fighters and the UFC, the Brazilian Commission (to the surprise of many) overturned the stoppage and made the fight a no contest.