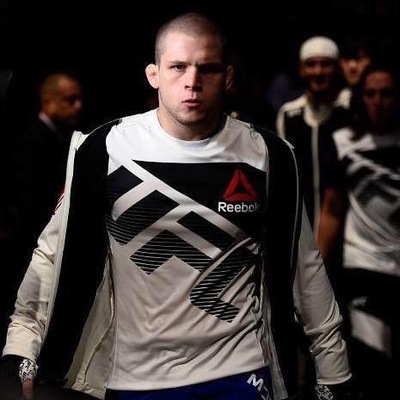 Fighting for a major organization has made Alex Morono ineligible for regional rankings.

Alexander Quincy Morono was born in Houston, Texas. Morono's father was a UFC fan and the Morono family soon fell in love with MMA. Morono and his brothers played Mortal Kombat and watched old UFC and Pride FC pay-per-views during their childhood. Morono's interest in combat sports deepened when he watched kung fu movies and The Matrix. Morono had a friend in high school who trained grappling and boxing and Morono soon joined him. In an effort to help him lose weight, Morono's parents enrolled him in a boxing gym. Jiu-jistu classes were being taught in the room  next door to Morono's boxing classes, and Morono soon took that up as well. Morono is a second-degree black belt in jiu-jitsu.

Morono made his professional MMA debut after a 3-0-1 amateur career. Morono entered the UFC 11-3, with his best pre-UFC performance being his guillotine choke victory over Derrick Krantz for the Legacy FC Welterweight Championship (Legacy FC 49). Morono won his UFC debut by split decision over Kyle Noke (UFC 195). Morono is 11-4 with one no contest in the UFC. He won Fight of the Night honors by defeating Song Kenan by unanimous decision (UFC Fight Night: Blaydes vs. Ngannou 2) and Performance of the Night Honors for defeating Donald Cerrone by TKO (UFC on ESPN: Rodriguez vs. Waterson co-main event). As of 8/26/2022, Morono is on a four fight win streak.

Early in his training Morono was nicknamed "Baby Fedor" (no offense Kiril Sidelnikov) for his expressionless demeanor during sparring. During an aggressive shark tank drill during practice with some boxers at the gym, a Mexican teammate of Morono's said, "Man, you the Great White and the shark tank drill.”