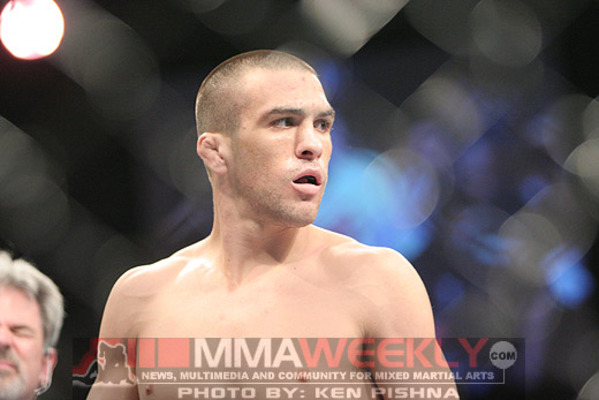 Josh Neer is ineligible for regional rankings due to inactivity.
Fighters must have at least one completed MMA bout in the past two years to be ranked.

One of the most experienced young fighters in the world, Josh Neer began fighting professionally in 2003, earning victories over some of the best lightweights in the world, including Melvin Guillard, Joe Stevenson, Din Thomas, and Mac Danzig. Neer made his UFC debut in 2005, and has since bounced around among various promotions.

In addition to his victories, Neer has generally shown well in losing efforts to some of the biggest names in the sport, including Eddie Alvarez, Nate and Nick Diaz, and others. In something of an Achilles heel, Neer can become frustrated and petulant in fights where he is repeatedly taken down and put on his back, calling out fighters to stand and trade with him instead of preventing or reversing the takedowns.

One of the most interesting aspects of Neer’s career lies in his amateur fight record, as he has reportedly competed in more than 80 amateur fights, winning all but one of them since 2002.

Neer was riding a six fight win streak including a 2nd round finish of Keith Wisniewski and a 1st round finish of Duane Ludwig in the UFC. That was up until he ran into Mike Pyle, Neer looked like he was starting to take over the fight when he was TKO'd in the final seconds of the 1st round. He was scheduled to fight Justin Edwards on UFC on FX 5, where he lost by technical submission via guillotine choke.

Both fighters came out landing cracking shots with Josh looking to clinch and pummel Alderate, while Alderate would often shell up, looking to land with big power. After a series of concussive blows landed and thrown Neer emerged as the winner of the fight.