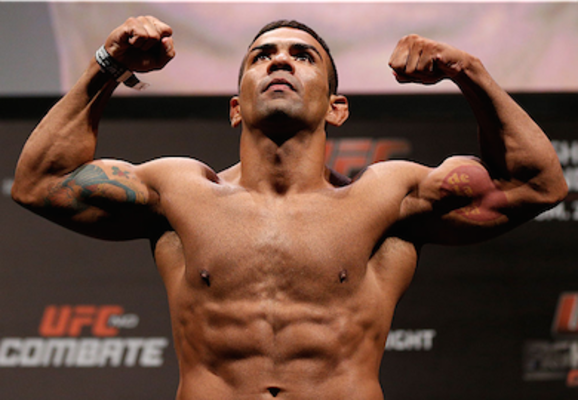 Michel Prazeres is ineligible for regional rankings due to inactivity.
Fighters must have at least one completed MMA bout in the past two years to be ranked.

Michel "Trator" Prazeres is a brazilian MMA Fighter who competes in the UFC. He had a perfect record in Brazil with sixteen wins and no losses. Michel signed with the UFC in 2013, making his debut against Paulo Thiago on UFC on FX 8, but ended up losing by unanimous decision. Prazeres had his first victory in the UFC at UFC 165, when he defeated Jesse Ronson by Split Decision in a very close fight.  "Trator" won his second fight in the UFC in March of 2014, having a unanimous decision win over the austrian Mairbek Taisumov on UFC Fight Night 39. He is now scheduled to compete against talented prospect, Kevin Lee.