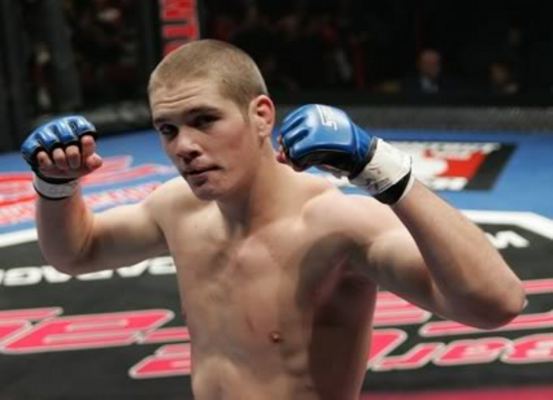 Jordan Mein is ineligible for regional rankings due to inactivity.
Fighters must have at least one completed MMA bout in the past two years to be ranked.

Canadian welterweight Jordan Mein is one of the most exciting young fighters in the MMA scene today. It's scary that the Strikeforce fighter is only 22 years old, yet holds a pro MMA record of 25-8. He faced off against fellow Canadian prospect Rory MacDonald in his professional debut, but would lose by rear naked choke in the first round. Mein would continue fighting in various organizations throughout Canada, until he would sign to fight Evangelista Santos in his Strikeforce debut. Prior to signing with the California based promotion, Mein picked up many solid victories, including wins over Joe Riggs, Josh Burkman, and Marius Zaromskis.

He would defeat Santos by third round TKO, in what was a memorable finish in 2011. He stunned, and finished Santos with a barrage of standing elbows. He would then take on Tyron Woodley, but would drop a split decision. Mein most recently put his technical boxing on display against Tyler Stinson at 'Strikeforce: Rockhold vs. Kennedy,' where he won a dominant unanimous decision. Mein would fight for Score Fighting Series 7 finishing Forrest Petz with elbows in the first round, before being signed to the UFC.

Mein passed his debut test in the UFC with flying colors finishing the always tough Dan Miller in the first round of their fight at UFC 158. It was the first time Miller had ever been finished and was an impressive start to his UFC career. His next bout he would not fair as well losing by TKO to Matt Brown in the second round at UFC on Fox 7. However it was a good fight and Mein earned Fight of the Night honors for his performance. He would win a split decision over Hernani Perpétuo in his next bout before a first round TKO over Mike Pyle  in the Co-Main Event of UFC Fight Night 49, a victory that would earn him a bonus for Peformance of the Night. He would lose in his next bout against Thiago Alves, he was winning the fight but then Alves turned it on in the second round and was able to TKO him.

Jordan's father, Lee, has been a big influence on his son's fighting career throughout his life, and gave Jordan some of his first opportunities as a fighter. 'Young Gun' is well, a young gun to watch out for in the welterweight division.