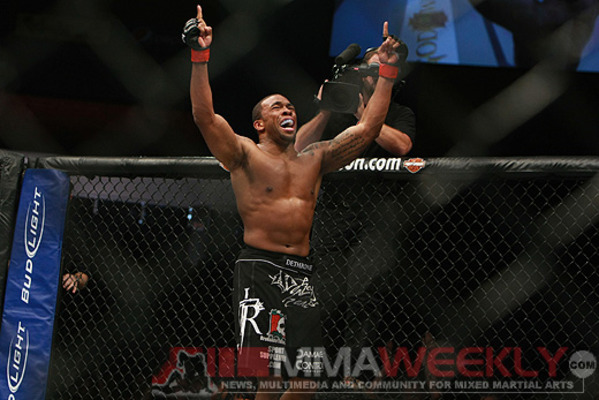 Gerald Harris is ineligible for regional rankings due to inactivity.
Fighters must have at least one completed MMA bout in the past two years to be ranked.

After an unsuccessful stint on The Ultimate Fighter 7 in which he was defeated by eventual tournament winner Amir Sadollah, Gerald Harris rebounded, putting together an impressive winning streak in a variety of local promotions, including Shark Fights. In 2010, he was invited back to the UFC, winning Knockout of the Night honors for his January victory over John Salter. After finishing Mario Miranda with strikes in March, he was matched up with Dave Branch at UFC 116, the biggest fight card of the year, and he earned a spot on ESPN's Sportscenter the next day with a beautiful KO slam in the third round. Although he was known more for his wrestling ability than his finishing ability during the early part of his career, Harris has quickly become one of the most dangerous knockout artists in the middleweight division. What’s more; he seems to carry this knockout power well into the latter rounds of his fights.