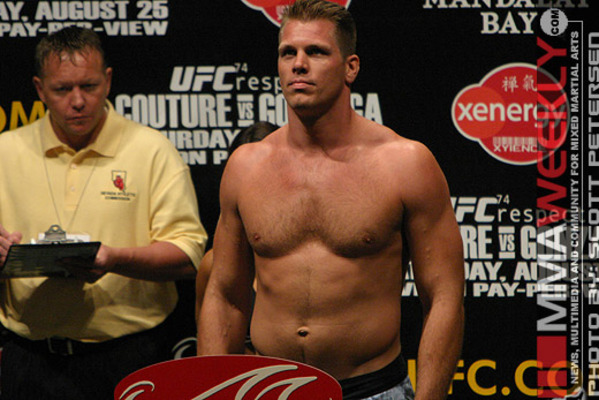 Antoni Hardonk is ineligible for regional rankings due to inactivity.
Fighters must have at least one completed MMA bout in the past two years to be ranked.

Before he became one of the UFC’s best leg-kickers, Dutchman Antoni Hardonk was a professional heavyweight kickboxer fighting for the K-1 organization. His greatest accomplishment in the world of pro kickboxing was a runner-up placing during the K-1 World Grand Prix Preliminary in Scandanavia. Following a string of losses to some of the best kickboxers in the world, including Badr Hari and Remy Bonjasky, Hardonk began competing in mixed martial arts, earning his way into the UFC in 2006, where he defeated Sherman Pendergarst by TKO due to leg kicks.

Although he has been finished by some of the top heavyweights in the UFC, including Frank Mir, Cheick Kongo, and Patrick Barry, Hardonk possesses some of the best leg kicks in the heavyweight division, having defeated two men with purely his thundering leg kicks during his UFC career to date.