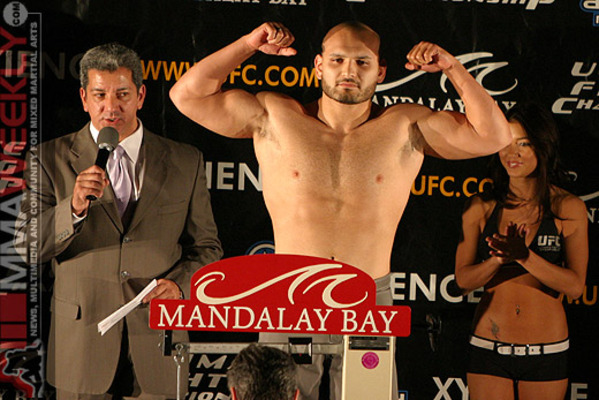 Carmelo Marrero is ineligible for regional rankings due to inactivity.
Fighters must have at least one completed MMA bout in the past two years to be ranked.

Carmelo Marrero appeared to be a future heavyweight contender in the UFC after winning a Split Decision over highly regarded striker Cheick Kongo in 2006, but he was defeated in subsequent fights with Gabriel Gonzaga and Wilson Gouveia before being cut from the promotion in 2007. Marerro, who was undersized for a heavyweight, earned another shot in the UFC in 2009 at 205, but was defeated by TUF 8 Light Heavyweight Champion Ryan Bader.

Although he lacks both the polish and power to finish opponents on the feet, Marerro is the definition of a grinder on the ground. He is a crafty Greco-Roman wrestler who is very difficult to finish, especially via strikes.