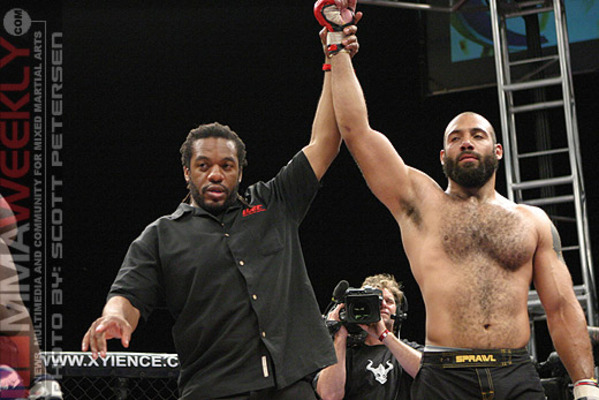 Lavar Johnson is ineligible for regional rankings due to inactivity.
Fighters must have at least one completed MMA bout in the past two years to be ranked.

Johnson is one of the most exciting heavyweights today. His fights literally only end in finishes, he has never been to a decision in his career. He hits exceptionally hard even by Heavyweight standards with 15 of his 17 wins coming by way of KO/TKO.  He was the first fighter to KO the granite chin that belongs to Joey Beltran. While Johnson is a feared striker, his ground game leaves a lot to be desired.

On July 5, 2009, Johnson was shot twice at a family gathering. He was shot in the abdomen and chest and left in critical condition. Luckily he survived the shooting and returned to MMA.

Watch this video interview with Strikeforce heavyweight Lavar Johnson as he discusses his return to MMA with Mauro Renallo.