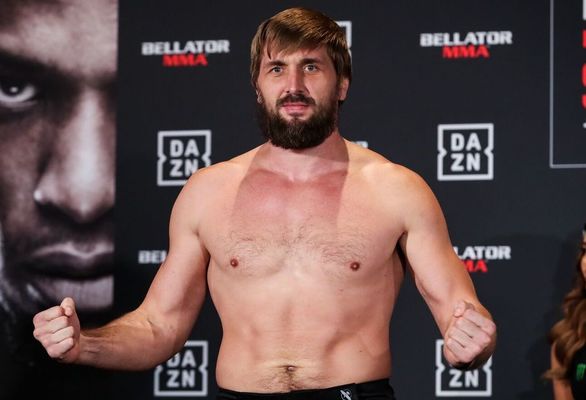 Fighting for a major organization has made Vitaly Minakov ineligible for regional rankings.

Vitaly Minakov is a Russian sambist, judoka, an undefeated mixed martial artist and the current Heavyweight Champion for Bellator MMA. Since his Bellator debut in November 2012 he has won 3 fights - all via a T/KO - before getting his shot at the Bellator Heavyweight Championship against a fellow Russian Alexander Volkov. Minakov has won the title by scoring a TKO victory over the champion in less than 3 minutes.

Minakov next faced and successfully defended his title against the UFC veteran Cheick Kongo. In a 5 round fight spent mostly in the clinch next to the fence or on the ground Minakov won a Unanimous Decision despite being deducted a point for repeated knees to the groin of Kongo. Kongo himself was warned about the constant short grabbing over the course of the fight by the referee Herb Dean, but never deducted a point.