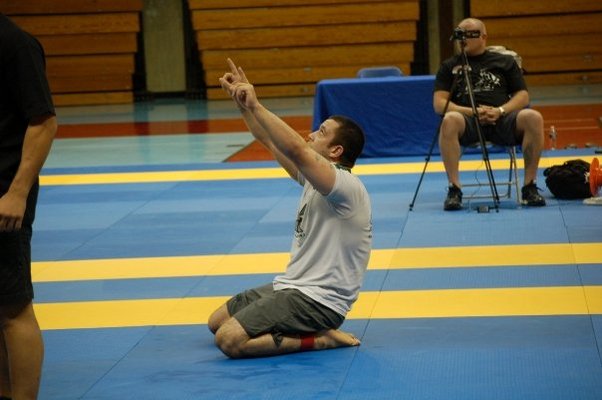 Tom DeBlass is ineligible for regional rankings due to inactivity.
Fighters must have at least one completed MMA bout in the past two years to be ranked.

Tom DeBlass is a black belt in Brazilian Jiu Jitsu under Ricardo Almeida and is a Pan American Jiu-Jitsu Champion, No Gi World champion, Abu Dhabi Trial Champion and American National Jiu-Jitsu Champion. He would begin his professional career for the Ring of Combat promotion winning all 7 of his fights for them as well as the heavyweight and light heavyweight titles.

DeBlass would lose his UFC debut to Cyrille Diabate at UFC on Fuel TV 2 by majority decision. He made his middleweight debut against Riki Fukuda at UFC on Fuel TV 6 which he lost by Unanimous Decision. Following the loss DeBlass announced he was retiring from MMA.