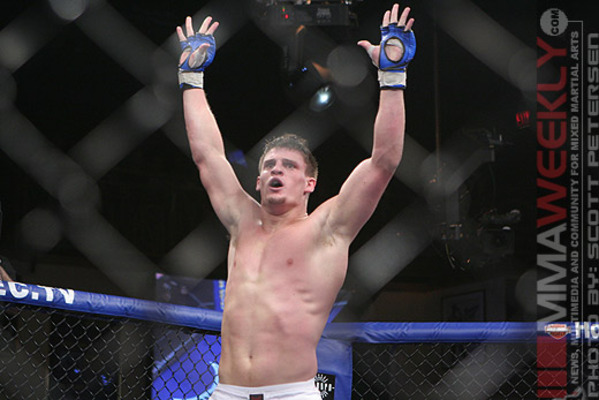 Steve Cantwell is ineligible for regional rankings due to inactivity.
Fighters must have at least one completed MMA bout in the past two years to be ranked.

Steve Cantwell made his professional MMA debut in 2005, winning his first three fights before signing with the WEC in 2007, where he was defeated in his debut by Brian Stann by TKO in the first round. After putting together back-to-back wins, Cantwell fought Stann in a rematch for the WEC Light Heavyweight Championship, a bout he won by TKO in round 2. Following Zuffa, LLC’s decision to disband all WEC weight classes above 155 lbs., Cantwell was moved into the UFC’s light heavyweight division, where he has met with mixed results, including a decision loss in a rubber match with Stann.

Cantwell looked to be a promising light heavyweight  on account of his youth, size, toughness and well-rounded ability to fight both standing and on the ground, however, after winning his UFC debut he went on to lose five straight decisions. He was released from the promotion and  retired from MMA  in 2012 having closed out his career with the UFC.