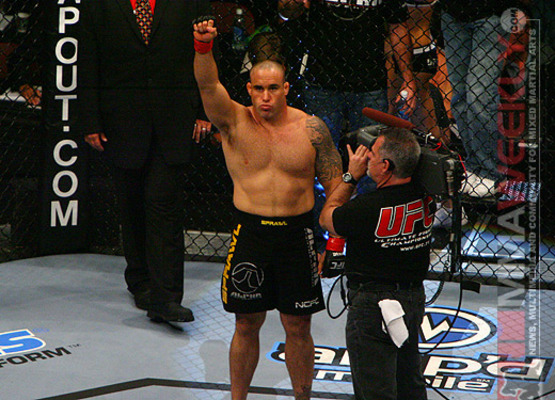 Jason Lambert is ineligible for regional rankings due to inactivity.
Fighters must have at least one completed MMA bout in the past two years to be ranked.

Jason Lambert was already a proven veteran prior to entering the UFC in 2006, but after reeling off three straight wins, including a knockout win over Terry Martin, “The Punisher” looked to be a contender at 205 lbs. Unfortunately, future Light Heavyweight Champion Rashad Evans put a damper on those plans, knocking Lambert out cold at UFC 63. Although he earned the biggest win of his professional career in his next fight by knocking out Renato “Babalu” Sobral, Lambert would lose his next five consecutive bouts en route to being cut from the UFC and relegated to the local Oklahoma circuit.

Lambert’s story is a testament to the unpredictable nature of mixed martial arts as well as an example of how quickly a touted prospect can hit a slide.