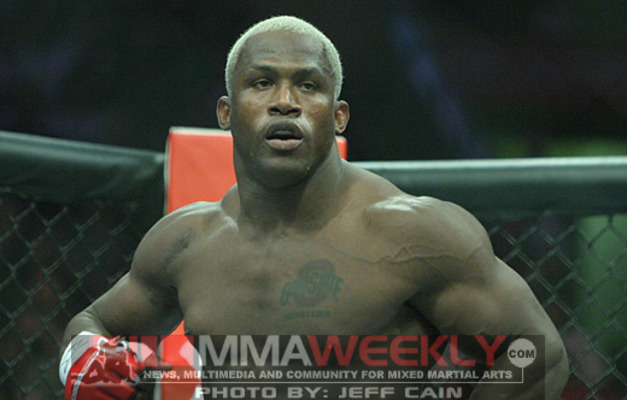 Kevin Randleman is ineligible for regional rankings due to inactivity.
Fighters must have at least one completed MMA bout in the past two years to be ranked.

A two-time NCAA Division I National Wrestling Champion, Kevin Randleman was one of the most explosive, intimidating and athletically gifted MMA fighters in the world in the 1990s. Randleman made his professional MMA debut in 1996, eventually winning the vacant UFC Heavyweight Championship in a 1999 fight with Pete Williams and defending his title once, against Pedro Rizzo. Randleman then alternated between light heavyweight and heavyweight, leaving the UFC and defeating notables such as Renato “Babalu” Sobral, Murilo “Ninja” Rua, and Mirko “CroCop” Filipovic. His knockout win against CroCop was a major upset and one of the most replayed finishes in Pride history.

Another notable moment in Randleman’s career came in 2004, when he fought heavyweight legend Fedor Emelianenko in the Pride Heavyweight Grand Prix. Although Emelianenko came back to win the fight, Randleman nearly finished the Russian great after he suplexed Emelianenko onto his head in the first round. Even on slow-motion replay, the slam looked punishing enough to end a fighter’s career. Yet Emelianenko, unscathed by the slam, calmly reversed Randleman and submitted him with a Kimura from the top.

Randleman has suffered a string of defeats in recent years as his skills have failed to improve against a newer generation of fighters. He continues to actively fight and still strikes an imposing figure inside the cage.