Dream 12: Cage of the Rising Sun 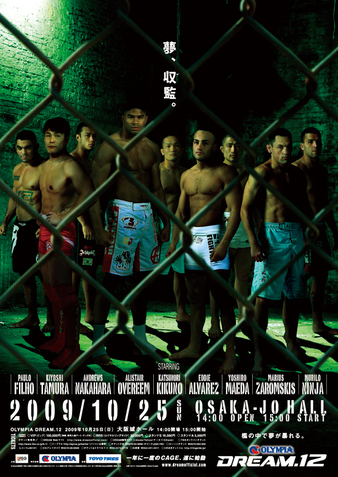 Following the Finals of the 2009 Featherweight and Welterweight Tournaments, Dream 12 marked the first event that did not feature tournament action for the upstart promotion.

Dream 12 marked the introduction of the white cage, an Octagon-like structure that they announced would replace the traditional white ring for one event only (in fact, the white cage made its return as early as Dream 14). In featured bouts, Kazushi Sakuraba earned a submission win over Zelg Galesic in the first round, while Marius Zaromskis knocked Myeon Ho Bae out with a head kick 19 seconds into the fight, and Eddie Alvarez finished Katsunori Kikuno with an Arm Triangle Choke in the second round.