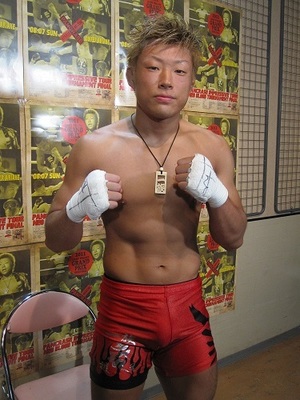 Isao Kobayashi is a Japanese mixed martial artist competing in the lightweight division.

In March 2014 Kobayashi scored the biggest win of his career stopping the Shooto Welterweight (70 kg) Champion Kuniyoshi Hironaka with strikes in the main event of Pancrase 257, an event historical also because of it being the last Pancrase event being held in a ring.

Following the loss to Yokota, Kobabyashi would get back in the win column when he beat respected vet Marlon Sandro via split decision at Pancrase 266 on April 26, 2015.