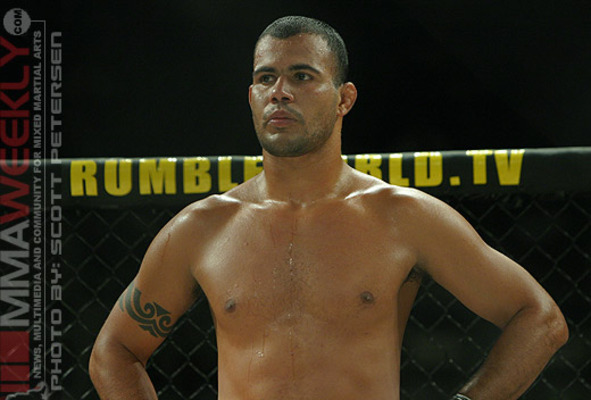 Renato Verissimo is ineligible for regional rankings due to inactivity.
Fighters must have at least one completed MMA bout in the past two years to be ranked.

TapouT profiles Hawaiian fighter Renato "Charuto" Verissimo in this video from its bus tour video series of up and coming fighters.

With an upset victory over Carlos Newton in the UFC, as well as a controversial Decision loss to Welterweight Champion Matt Hughes at UFC 48 that many believe he won, Renato Verissimo has made his marks in MMA’s early tapestry. He was involved with the training of one of the best fighters in history, "The Prodigy" BJ Penn. In August of 2007, he was featured in an episode of the Versus-televised reality show Tapout. His last fight was a TKO loss to Jake Shields.