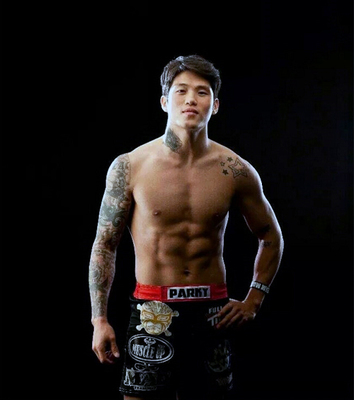 Won Sik Park is a South Korean mixed martial arts fighter most commonly known by his ring name Parky. Parky began his MMA career training in the arts of Tae Kwon Do and Brazilian Jiu-Jitsu.

Parky remained the majority of his career competing in Asia most notably in organizations such as DEEP and DREAM. In his career, Parky fought in the 155 lb. lightweight division. Despite never competing outside of Asia, Parky competed against various UFC veterans such as Kuniyoshi Hironaka, Maximo Blanco and Yoshiyuki Yoshida.

On June 15, 2012 Parky fought Japanese fighter Kosuke Umeda at DEEP 58 IMPACT. Coming up on the short end, Parky dropped a unanimous decision to Umeda. Following the loss, Parky revealed he would be taking a break from mixed martial arts.

A year later, Parky announced he would be making a return to mixed martial arts and that he would be taking on Yoshiyuki Yoshida at DEEP CAGE IMPACT 2013 on November 24, 2013. In his return fight, Parky would end up again on the short end this time getting caught in a deep rear naked choke which he submitted to in 4:46 of the second round.

Weeks after following the loss to Yoshida, Parky revealed on his Facebook that the sport of MMA has brought a lot of happiness and sadness into his life and that it was time for move on to other things in life that would bring him happiness officially retiring from the sport.