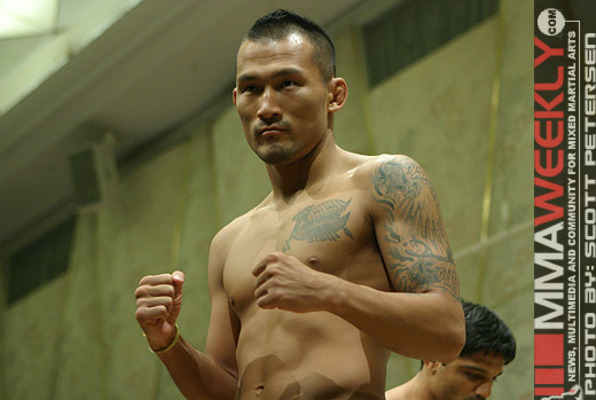 Fighting for a major organization has made Kotetsu Boku ineligible for regional rankings.

On October 6th 2012 Boku would make his ONE FC debut which also was a fight for the first ever ONE FC Lightweight championship. After a back and forth fight between Boku and Zorobabel Moeira the fight would come to an end at the beginning of the 3rd round when Boku would rock Moeira on the  feet and follow up with more strikes to get the TKO finish and go on to become the first ever ONE FC Lightweight Champion. In his first defense however, Boku would lose the title to Shinya Aoki at ONE FC 8 via submission in the second round.

Following his loss to Aoki, "No Face" took on Vuyisile Colossa at ONE FC 10: Boku vs. Colossa. After three rounds of fighting, Colossa was awarded a unanimous decision victory, giving Boku his second straight defeat.

Boku would bounce back from his consecutive losses by defeating Arnuad Lepont via KO at ONE FC 14: War of Nations on March 14, 2014. He would then trade a win and a loss in his next two bouts, losing to Eduard Folayang via unanimous decision at ONE FC 15: Rise of Heroes and then picking up a win at Pancrase 267 by defeating Juntaro Ushiku via KO on May 31, 2015.