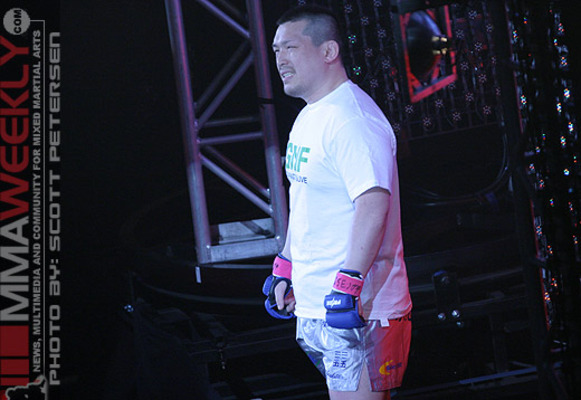 Akira Shoji is ineligible for regional rankings due to inactivity.
Fighters must have at least one completed MMA bout in the past two years to be ranked.

While he sports more losses than wins, Akira Shoji is one of the more enduring figures in the history of Pride FC and Japanese mixed martial arts. In addition to his participation in most of the early Pride FC events, Shoji was known for his relentless fighting spirit and his graciousness and appreciation of the fans.

Shoji was renowned for his never-say-die attitude in the ring. In the MMA documentary "The Smashing Machine," it was revealed that, before each one of his professional fights, Shoji cleaned his house and prepared his will in case he was killed during competition.

Akira has the unique distinction of being the only fighter to fight in both the first and last Pride event. He also fought the most fights in the organization hence, the nickname.