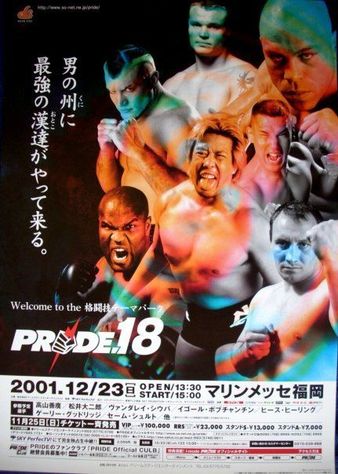 In the final Pride event of the 2001 season, Pride FC stocked the card with some of the most powerful strikers in the world, with monsters Igor Vovchanchyn, Wanderlei Silva, and Semmy Schilt all earning dominant finishes with their aggressive and powerful striking arsenals.

Although he was the Middleweight Champion, Silva’s belt was not on the line in his featured bout with Alexander Otsuka. This habit of ignoring championship belts would continue for the remainder of Pride’s run, as they were only put on the line at the whims of the promotion.