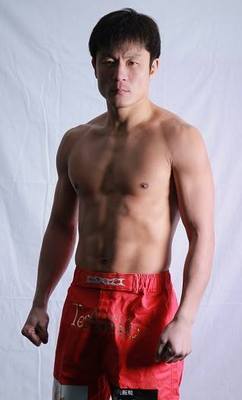 Young Choi is ineligible for regional rankings due to inactivity.
Fighters must have at least one completed MMA bout in the past two years to be ranked.

Young Choi is a 3rd generation Zainichi Korean mixed martial arts fighter most commonly known by his fighting name RYO. RYO's real name isn't Young Choi, it's Ryo Sai, but he is often referred to as Young Choi as he's the younger brother of Japanese-Korean ZERO1-MAX pro-wrestler Ryoji Sai. RYO was born on April 12, 1978 in Osaka, Japan. He competes in the middleweight division and he represents ZERO1-MAX.

RYO fought the majority of the early part of his career competing in Korea where he fought in Spirit MC where he wont the Spirit MC Middleweight Tournament by defeating 3 different opponents on the same night on February 7, 2004. RYO defeated his first and secodn round opponents by unanimous decision, before going on to defeat his opponent by submission in 4:13 of round 1 with an armbar in the finals.

After spending most of his early fight career in Korea fighting for Spirit MC, he fought around in various organizations across Korea, before fighting regularly in DEEP in Japan. In DEEP, RYO has fought mostly Japanese fighters such as Daijiro Matsui, Ryuta Sakurai, Katsuyori Shibata, Hiromitsu Kanehara and Kazuhiro Nakamura.

On February 16, 2013, RYO competed in the biggest fight of his career to date doing battle against Nakamura for the vacant DEEP middleweight title at DEEP 61 IMPACT. In the fight, RYO put on a good effort, but the veteran Nakamura was too much for RYO and successfully defeated him by unanimous decision.